In my new essay for the Daily Beast, I profiled James Lee Burke, one of America’s greatest living writers. His new book – Wayfaring Stranger – is an epic work of historical fiction, sweeping across the 20th century to tell the story of Bonnie and Clyde, the Great Depression, World War II, the rise of commercial oil industry, and the emergence of Hollywood.

It is also Burke’s best book, and one of the best book of modern American fiction.

In my conversation with Burke, we discussed the personal origins of the book, American history and politics, and why he is sadness over the “death of traditional America” is not naïve or nostalgic.

Read it at the Daily Beast.

In the fall, at the University of St. Francis, I will teach a course on crime literature and film noir. Too long relegated to the ghetto of “genre”, noir actually possesses deep and profound insights into human nature. Novelist James Lee Burke, the greatest contemporary practitioner of noir, said in an interview I conducted with him that he uses the word “noir” to capture a “Darwinian world in which all the parameters that we convince ourselves we obey and to which we conform have no existence at all.”

In my new essay for The Daily Beast, “Where’s The Faith? Try Crime Novels”, I write that “Crime and noir have always told the story of people who decide to cross an invisible but palpable moral line. It then measures the wreckage—physical, emotional, and spiritual—that results from the voluntary crossing over into another ethical universe—a colder, tougher, and uglier universe. These same questions haunt the tales of the Bible and the lives of the saints.”

One of my many intellectual obsessions is noir. Philosophically and stylistically it manages to capture the depths (depravity, weakness to temptation, lust for power, greed, and sex) and heights (heroism, enforcement of moral codes) of human nature through its tough themes and Jungian interplay of shadow and light.

In “Where’s The Faith?” I I weigh in on the ongoing literary discussion of whether or not God is dead in contemporary American literature. I submit that the most engaging and compelling themes of religion, spirituality, and morality are to be found in crime literature, especially that of Walter Mosley, Michael Connelly, and above all, James Lee Burke. The essay contains a quote from Burke that I obtained in an email interview for the article, and it offers new perspective on a smoldering literary debate.

James Lee Burke is one of the best writers in America, and one of the true masters of the crime novel. His stories about homicide detective and recovering alcoholic Dave Robicheaux, set in New Orleans and New Iberia, along with his books about Texas Sheriff Hackberry Holland, effortlessly weave noir, mysticism, and politics to present a panoramic view of the American flesh and the human spirit. The genre in which he casts his seductive spell may be crime, but his masterful prose and penetrating insight elevate his work far beyond any genre, making him a literary treasure.

I discovered James Lee Burke after watching the film In The Electric Mist, starring Tommy Lee Jones as Dave Robicheaux, and based on Burke’s novel, In The Electric Mist with the Confederate Dead. Within days, I was reading Burke’s books, and since then, I’ve devoured much of his bibliography. I’ve also enjoyed listening to a few of the books on CD. The narration of Will Patton, who has starred in such movies as The Client, The Postman, and Brooklyn’s Finest, makes Burke’s soaring prose seem as if it was written for the stage, and not the page.

I recently had the pleasure and privilege of talking on the phone with Burke for an hour and twenty minutes. Writers often acquire the reputation of being reclusive, inhospitable, and cantankerous. Burke, however, was a largehearted gentleman. Our conversation ran well over the thirty minutes arranged by his publisher, and much of that was due to his genuine interest in my interpretation of his work and my ideas regarding its dominant themes. The final twenty minutes of our discussion involved a role reversal in which he asked me questions about my work and my life. 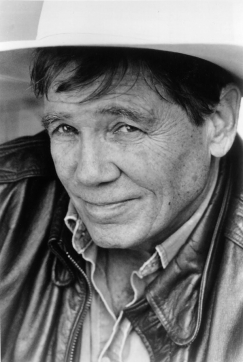 Burke’s work is important, because it is high quality literature. Excellence and greatness provide their own justification. Anyone who reads the soul-stirring, thought-provoking, and heart-pounding stories of Burke will intuitively understand how he fulfills the calling of the artist and strengthens his medium.

There is another component of importance to Burke’s novels, however, and it centers on the unique vision of life – especially American life – he brings to bear on modernity. The American Empire is collapsing, and the American economy is crashing. Burke surveys his surroundings, and righteously responds with a Leftist Christianity that, somehow without paradox, blends realism with mysticism. His voice is one calling for justice in the face of widespread exploitation of the poor, the environment, and weak by the powerful forces of greed, cruelty, and iniquity.

The Los Angeles Review of Books – a fine literary publication – allowed Burke and me to explore his career, philosophy, and vision of America by taking a journey into what I call the “noir mystic.” Asking Burke good questions was easy. Reading his work sharpens the mind. Burke’s answers make the interview, titled “Into The Noir Mystic: A Conversation about Injustice, Evil, and Redemption with James Lee Burke”, essential reading. In addition to his own work, we discuss how the U.S. government – at the state and federal levels – has become a distributor of vice, war, Christianity, the increasingly hostile character of American life, and the loss of “Edenic America.”